Wrong, Wrong, Wrong! is in the first level of Chinese Breeze which contains approximately 300 words. 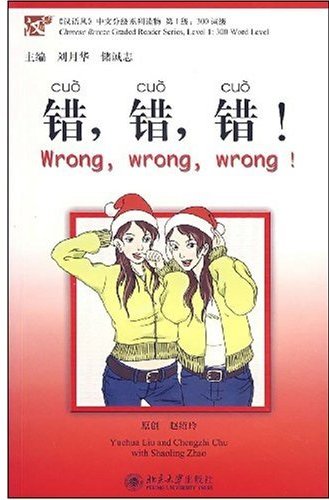 Description of the book: June 8. Beijing. A pretty girl lies dead on the floor of her luxury home. A slip of paper found on her body reads, “I am tired. Let me leave…” At the bottom of the slip is a signature: Lin Shuang-shuang.